﻿Nourishing Myself With @ Step to INDIA

Heard of some special treatments which cure you for lifetime at a place everyone knows... Yes its here the land of collective combination of cultures and behaviours & that's none other than....
INDIA

A white marble tomb built in 1631 - 48 in Agra, seat of the Mughal Empire, by Shah Jehan for his wife, Arjuman Banu Begum, the monument sums up many of the formal themes that have played through Islamic architecture. Its refined elegance is a conspicuous contrast both to the Hindu architecture of pre-Islamic India, with its thick walls, corbelled arches and heavy lintels, and to the Indo-Islamic styles, in which Hindu elements are combined with an eclectic assortment of motifs from Persian and Turkish sources. 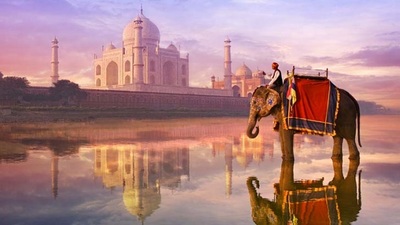 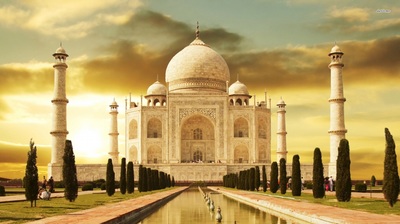 The India Gate, (originally called the All India War Memorial), is a war memorial located astride the Rajpath, on the eastern edge of the ‘ceremonial axis’ of New Delhi, formerly called Kingsway. India gate is a memorial to 82,000 soldiers of the undivided British Indian Army who died in the period 1914–21 in the First World War, in France, Flanders, Mesopotamia,Persia, East Africa, Gallipoli and elsewhere in the Near and the Far East, and the Third Anglo-Afghan War. 13,300 servicemen's names, including some soldiers and officers from the United Kingdom, are inscribed on the gate. The India Gate, even though a war memorial, evokes the architectural style of the triumphal arch like the Arch of Constantine, outside the Colosseum in Rome, and is often compared to the Arc de Triomphe in Paris, and the Gateway of India in Mumbai. It was designed by Sir Edwin Lutyens. 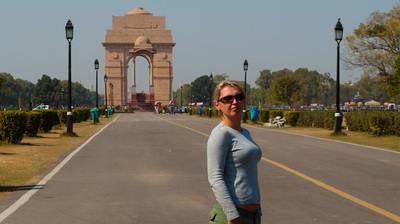 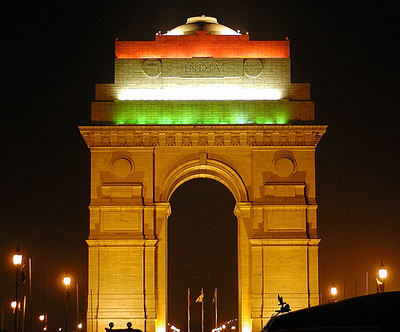 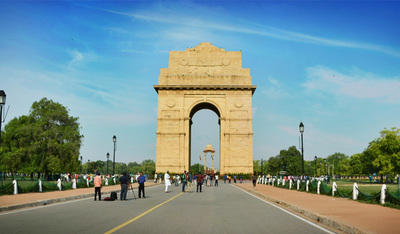 Qutub Minar, at 74 meters, is the tallest brick minaret in the world, and the second tallest minar in India after Fateh Burj at Mohali. Qutub Minar, along with the ancient and medieval monuments surrounding it, form the Qutb Complex, which is a UNESCO World Heritage Site.The tower is located in the Mehrauli area of Delhi, India. Made of red sandstone and marble, Qutub Minar is a 73 meter (240 feet) tall tapering tower with a diameter measuring 14.32 meters (47 feet) at the base and 2.75 meters (9 feet) at the peak. Inside the tower, a circular staircase with 379 steps leads to the top. Qutub Minar station is the closest station on the Delhi Metro. 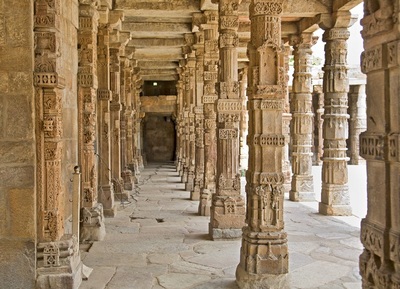 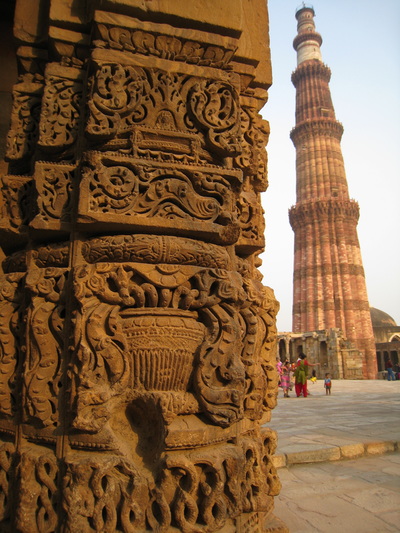 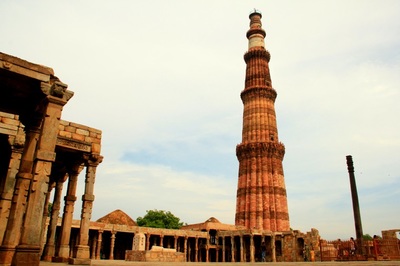 Some Other Blogs of World Tour